The word is afraid and the number is old and clumsy. Member of China Artists Association, director of Hunan Artists Association, national first-class artist; Hunan member of China Calligrapher Association; Visiting professor of Central South University of forestry science and technology; Painter of the central Painting Academy of the Jiusan Society; Zhang Daqian, executive president of the International Art Research Association; Executive vice president of Huaxia urban and rural culture calligraphy and Painting Research Institute. He studied in the graduate class of the Central Academy of fine arts and the advanced research class of art theory of the Academy of fine arts of Tsinghua University; Elite class of calligraphy and painting, phase II, FengHuangLing academy, Beijing; Long Rui, Fan Yang tutor studio painter of the National Academy of painting of China. 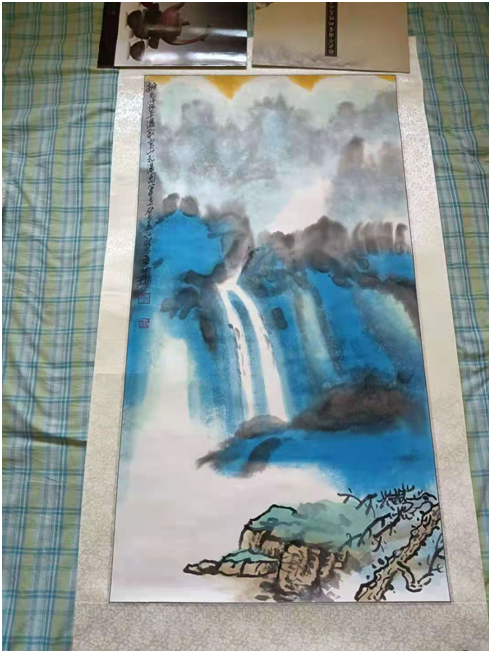 In his early years, he worked in Song Wenzhi, Guan Shanyue, Guo Shaogang and Zeng Xiaohu.. He has been engaged in the theoretical research and practice of Chinese painting for many years. It is committed to the vertical and horizontal comparison and thinking of history and modernity, East and West, folk and temples, and culture. The style of his works is changeable. He is comfortable with ink freehand brushwork and green and heavy color. He pursues the atmosphere of righteousness, masculinity and grandeur, and devotes himself to the new form of expression of Chinese landscape painting. 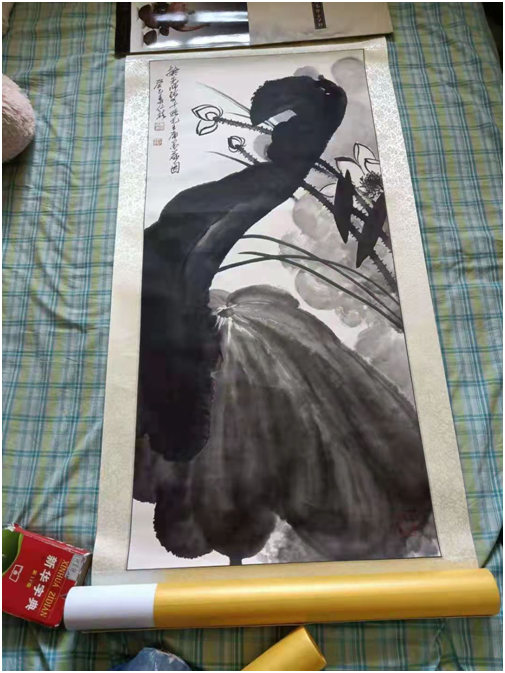 In recent years, he has adopted the best method and sought the essence and spiritual connotation of traditional Chinese brush and ink in the pile of old papers. Deeply study the ancient sages of the song, yuan and Five Dynasties, especially Huang He and Huang Gongwang, the kings of the four families of the Yuan Dynasty. Tang Yin, Qiu Ying, Wen Zhengming, Gong banqian, Kun can, Shi Tao and Wang Yuanqi in the Ming and Qing Dynasties. It integrates the north and South sects, draws on the strengths of others, accumulates a lot, and works are sometimes wanton and indulgent, and sometimes introverted. Pay attention to the personal cultivation of painting external skills and read thousands of books: Based on the sub collection of classics and history, read in calendar classes without putting down the books. Step by step in the style of technology, road, Avenue and simplicity; Travel thousands of miles: full tour, fertile view, Chenghuai taste image, Wuthering mountain forest, smoke and cloud support. The painting presents an ancient, simple and profound artistic conception, which contains the massiness of Confucianism, the emptiness of Taoism and the great beauty of Buddhism. He is a recognized Chinese painting artist with considerable academic value and creative strength in the industry.

He has written and published more than 1 million words of art criticism and academic research. Among them are the exploration of the color application of Chinese landscape painting, the management of ink spilling and color boneless landscape, Chinese ink painting and metaphysics, on the spirit of Danqing, the comparison between Chinese freehand brushwork and Western painting abstraction, joking that ink is divided into five colors, traditional Chinese painting that survived at the end of the 20th century, and who is in charge of the ups and downs of Huxiang art world today Zhu Wen. His works have been selected into national and provincial important exhibitions and competitions for many times, and art events have been recorded in dozens of books. His works have been collected by international and domestic academic authorities, such as museums and art galleries.

His landscape painting has a profound academic tradition, vigorous and broad style, lofty and magnificent artistic conception《 The autumn water is a long sky with one color. The color is gorgeous. Between concrete and abstract, mountains, lakes and clouds are integrated《 The sound of nature and the painting of Hongdao are mainly colored in red and stacked high layer by layer, which has the great realm of "lofty" as mentioned in Guo Xi's "Lin Quan Gao Zhi" in the Song Dynasty. The picture shows the magnificent cosmic consciousness and gives people a sense of heaven, wind and waves, and the sea and mountains《 Standing on a thousand feet, the edge is drawn with straight lines, which is like a flat mountain set up by layers of steel plates, supplemented by Cun wipe, the wall stands thousands of feet, and the large surface geometry forms a strong mountain, creating a new form of landscape painting《 Qingqi fills Taixu ", which absorbs the four kings' texturing method and integrates the ink rhyme of Gong Xian and Shi Tao to create a rich, mellow and mellow landscape pattern. It can be seen that he rengao made great efforts at both the traditional and modern poles.

His constant learning and creation has enabled him to draw on the theories and techniques of China's landscape painting, drawing on the essence of tradition and not sticking to the inherent formula and routine. In the understanding of traditional culture, he gradually formed a unique style of landscape painting which is simple and thick and modern.

What shocked me about he rengao's landscape painting was the life pattern behind it. Whether it is the south of the Yangtze River or the north of the Great Wall, there is a spiritual purpose of living to death, which contains abundant life charm and vitality. I prefer works of art that penetrate time and space, also penetrate the appearance and are full of life tension. In this sense, art is directly connected with the weather of life, and expresses the great beauty and atmosphere of life. Chinese painting stresses charm and vividness. I think this is more to point to the weather, Qi and volume of life of heaven and earth expressed by painting. It is at this level that Mr. He rengao carries out his painting creation. His painting is a full expression of life atmosphere.