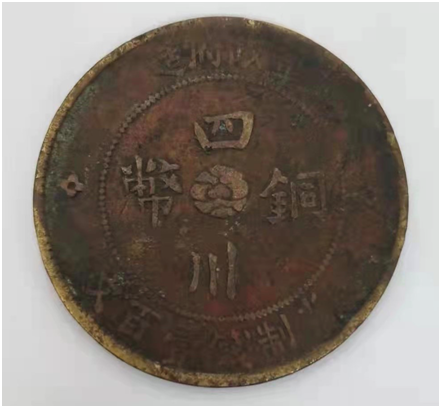 As the circulation rate of Sichuan copper coins is not high, they can only be traded in Sichuan, so the circulation range is very narrow, resulting in the low circulation of Sichuan copper coins. The economic law and collection are always based on the law of "rare things are precious". As a special currency of special historical period and local regime, military government currency has dual functions of military currency and civil currency. It is the product of history, has irreplaceable cultural relic value, and is the witness of history. 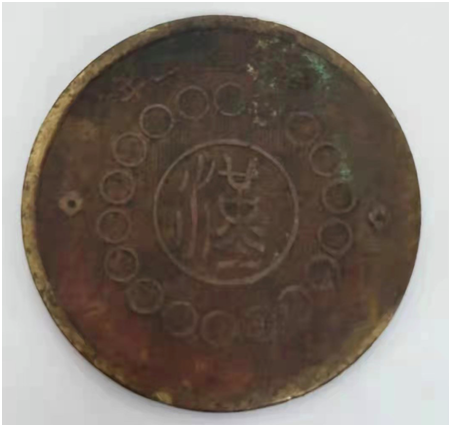 The design of this coin is clear and free from abrasion, its surface is smooth and smooth, and its edge is free from obvious impact marks. It can basically be regarded as a good product. There are four characters of "Sichuan copper coins" in the central pearl circle on the obverse of the copper coins, which are arranged up, down, left and right, with hibiscus pattern on the heart. The upper margin of the bead circle is written with four characters "made by the military government", and the lower margin is written with the words "when making money, 100 words", indicating the currency value, and decorated with flower star patterns on the left and right. There is a seal character "Han" in the central circle on the back of the coin, and there are dozens of horizontal and straight lines at the bottom of the character, so the coin collectors call it "Han" character copper coin. There are 18 small circles around the circle of "Han", representing 18 provinces at that time. The 18 small circles around the word "Han" are linked together, implying that the people of 18 provinces unite to fight for "expelling Tartars and restoring China". It bears the distinctive time mark of the revolution of 1911, and witnesses the magnificent history of the Republic of China. Therefore, it has different collection values.